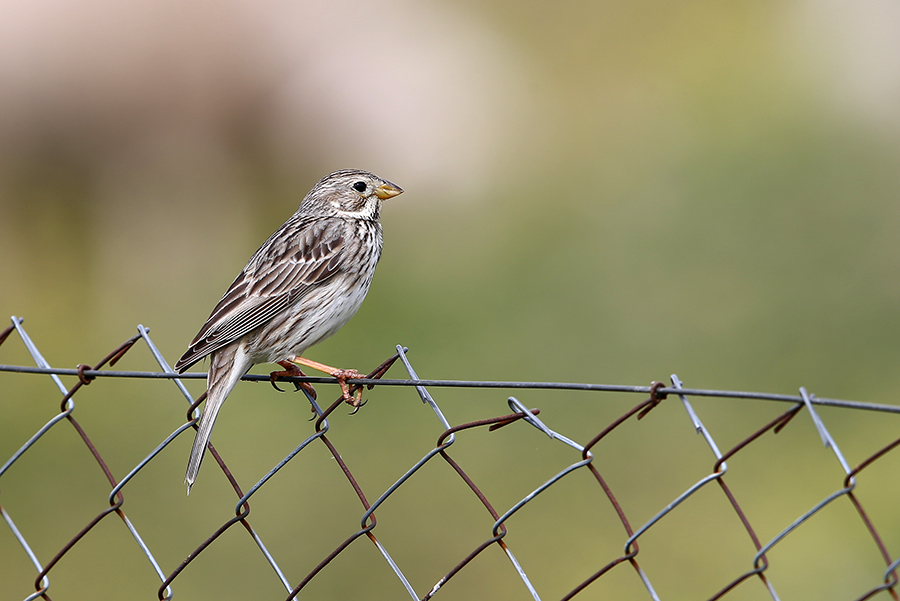 If you were to pick a single character bird in Extremadura it would probably will be the Corn bunting. It still seems to thirve here, singing from fences, lines and posts. In Sweden, the situation is the opposite. It is now "critically endangered" here. For a while the Swedish population of Corn buntings was down to around ten individuals. In recent years, however, some projects of support have resulted in a slight increase.